We know that the Japanese are not left out when it comes to creating surprising dishes. But tackling pizza, the quintessential Italian symbol, can be risky. However, this is the challenge that certain Japanese cooks have taken on, with surprising results. Sushi pizza, instant noodles and mayonnaise, let’s discover these mix of cultures!

Imagine a meeting between Italian flavors and Japanese specialties. The mix seems unlikely, doesn’t it? However, some Japanese chefs did not hesitate to take the leap by creating pizzas inspired by Japanese cuisine. Between the sushi version that is eaten with chopsticks and the Ramen pizza, let’s see the result of this unexpected culinary fusion!

Pizza is the quintessential popular dish and one of the most popular dishes in the world . No wonder then to see it decline in 1001 versions across the globe. But while some recipes, while surprising, may make sense, it is less obvious to see the connection between sushi and pizza. And yet…!

Hiroshi Sakiyama is a Japanese chef and he shares his creations on a successful culinary blog. Curious, he decided to create a sushi pizza, taking inspiration from an image he found on an American Instagram account. Skeptical at first, because the marriage between tomato sauce and rice vinegar (Mirin) is far from obvious, he finally discovered that the dish was a total success.

Recreating a crust with salmon maki and a base of Nori seaweed, he then decided to add a garnish made from avocado, tuna, tomato sauce and melted cheese. A pizza that has been followed, because more than 1000 readers of his blog then submitted their own version!

However, this original dish has one major flaw: it cannot be eaten with one hand, as is customary for pizza.

If this variation of pizza surprises you, wait until you find out that there are Ramen-style pizza. From a distance, one would tend to think that it is a simple Margherita , with its basil, its tomato sauce and its melted cheese. But on closer inspection, you realize that the dough is actually instant noodles, which are typically used in everyday ramen in Japan.

Of course, in order for the consistency to be worthy of a pizza dough, we had to find a way to solidify these noodles. First boiled briefly, the noodles are then passed to the pan. They are then given the characteristic circular shape of pizza, before covering them with their filling.

This dish, which can be made in barely 15 minutes, is a huge success on the cooking site on which it appeared in 2018. What can be given to other apprentice chefs?

Less caloric than the original pizza

If sushi and ramen can become part of a pizza, why not take the concept further and apply it to the most popular Japanese dishes? This is the observation that some Internet users must have made, since we can see on some blogs Gyudon pizzas (a mixture of beef and onions), Teriyaki chicken pizzas and even a Natto pizza, beans of fermented soybeans with a very special smell.

If pizza purists will cry scandal, the Japanese like to point out that their pizzas are much healthier than the original Italian recipes and much lower in calories. Even if it is true, not sure that the Italians are very sensitive to this argument. 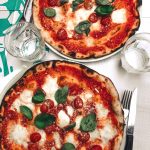 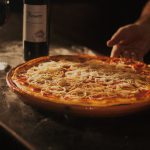 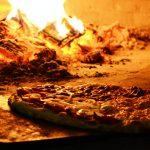 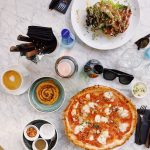 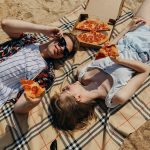 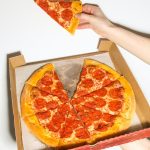 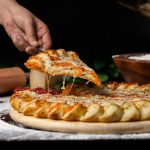 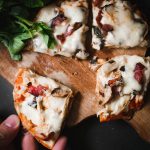 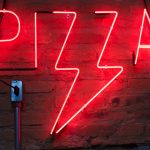 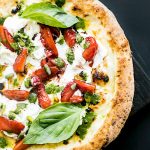 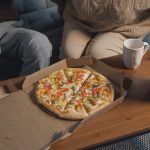 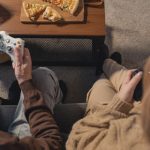